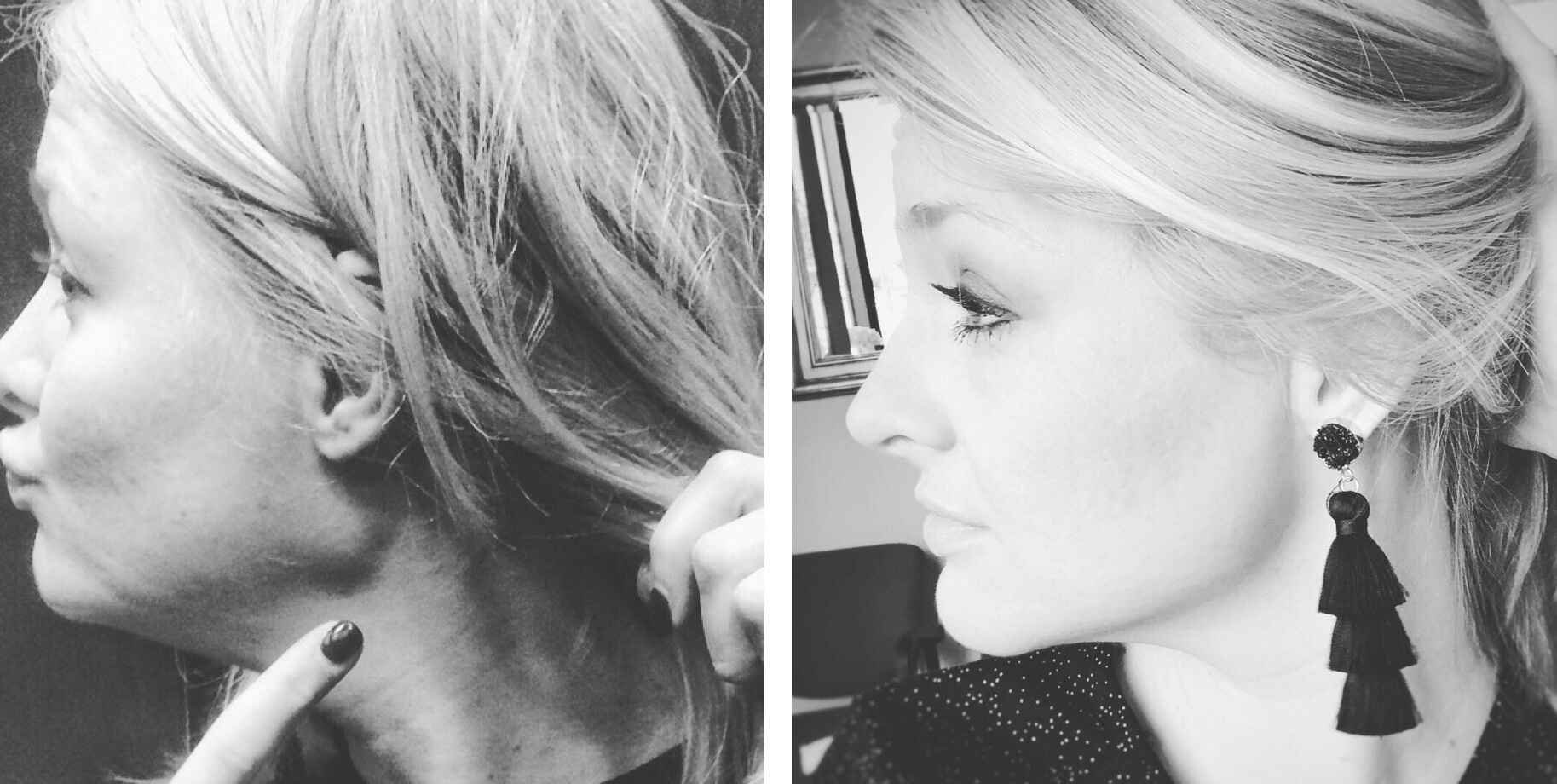 I knew her 1st as a little nodule under my ear by my jaw that was just tender enough to be somewhat bothersome. I noticed her one afternoon after I had gotten my very first filling, and I can’t say she’s left my side since..until now.

7 years later in May 2017, she was finally diagnosed as a pleomorphic adenoma of my left parotid gland (which is how she got the name Glanda) after many scans, biopsies, and doctors reviewing my case. We soon chased a second opinion to make sure, scheduled surgery, and at the sight of a scalpel, Glanda pulled some power ranger junk and morphed into a mighty morphing chunk of cancer. Jerk.

So, now Glanda has taken on her final identity…adenoid cystic carcinoma and she has been laid to rest making her Goneda. From here on out, we’re under heavy surveillance, a few scans and checkups here and there, and a lot of thankfulness alongside faith and trust in Jesus that we’ve made it here and we’re going to be jusssssttt fine. Praise the Lord!

While this is intended to help with #covid19 trauma and all that has happened in our world this last year, I couldn’t help but think of my cancer journey and how those 5 things rang (and still ring true) for me.
Had the incredible opportunity to serve as the voice of a patient for UC Health San Diego’s Physics Direct Patient Care initiative workshop today hosted by Dr. Todd Atwood and Dr. Derek Brown! Check out this slide of percentages that show the topics of patient questions from consultation to the time of CTsim. What do you think? Did your questions fall into these categories? #radonc #patientadvocate
I shared this on my personal account on 3 days ago. The day I started losing hope that this was our time. This was the month we would see two pink lines. I’ve always been very self aware physically from being a dancer but that day I felt the Lord quietly start to speak to my heart and give me peace through the inevitable. That didn’t make today easier, when dreams of now became dreams of the future again, but choosing to believe God is still, and always will be, good. Onward and upward!
📖 REST FOR THE WEARY: New post up on the blog. Link in profile! #goneglandagone
...Andddd we back! IUI #2 this morning and praying hard for our little Sweet P in the days to come. Kdot and I have somewhat enjoyed this process together. While it sucks sometimes too I’m extra honored he’s the one that will be the father of my children and the man I love for the rest of my life. That realization truly never gets old. We would love and appreciate your prayers alongside us that Santa Jesus fills my stocking full this Christmas!
🥳 3 YEARS today!🥳